But I admit that cloning Marcel is a great idea! Tetroid, too!

There is no vet reproduction clinic in Romania that can work with frozen semen. So I hope that ours will be the first one.
But as I live in a country that has mostly idiots in the government, things are not that simple. Importing fresh chilled or frozen semen for any species (except horses and cattle) requires a pass from the Ministry of Defence!
Because it is considered "high risk biologic material". Importing animal semen or importing anthrax is just the same for them, and requires the same paperwork from the Ministry of Defence!
Of course, if you import anything from EU nobody checks what's in the parcel, but I'm still one of those stupid guys who try to do things the legal way.

Andrew wrote:Hey guys, don't rush! It's not for you!

I thought about getting one of those for my desk, you will have to tell us what it's like

Now that could solve a space problem !

Will do, when I assemble it.

I have a twin arm one on my PC desk, which is wonderful in terms of space saving. The problem with twin or triple arm ones is that you can't vary the height of the individual monitors, only both at the same time. Which is a small problem for me - the monitors are different brands, and the VESA mount is in different positions on them. So I can't get both screens to the same height.

These used to be ridiculously expensive mounting devices. My son used them for a couple of years now on his PC and he paid a hell of a lot more than I did. To some extent, you get what you paid for of course, but companies like eBuyer offer some fairly good ones at affordable prices. Especially when they appear on their daily or weekly special offer lists.

Both of these which i have use a screw clamp to attach to the desk. The clamp works with thick or thin desk edges as long as there is physically room to attach, e.g. the modesty panel is not right at the back of the desk. You can also get mounts which let you drill holes in the desk to bolt the arm in place for a more secure mounting e.g. for heavier monitors, or for safety in an office where it must not be possible for the arm and monitors to fall off. Most of the monitor attachments on these arms allow for more than one size of VESA mount.

They usually have cable clamps or clips as well to have tidier cable runs between the monitor and computer.

With luck, I'll be able to mount the Q68 either on the arm or on the monitor itself to save a little bit of desk space. But I'll see about that once I receive the Q68 in a few months. 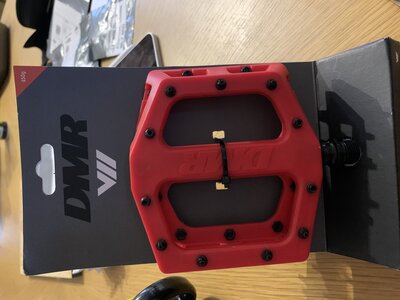 Time to get pedalling 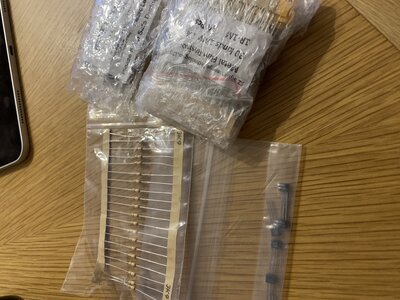 Some future soldering (soddering for the yanks)

Got to be honest it's one the main reasons I got my Pi 400. However, also have to be honest: you can't do much with it. BASIC V coding of course, which is nice, but as a Desktop OS, it's got too many rough edges. Browser cannot do JS, no WiFi, non-BASIC language ports are all years out of date.

If you are a RISC OS fan though, it's a cracking computer to have it on - it simply flies!

I'm looking forward to the Haiku OS port to Arm64.

Users browsing this forum: No registered users and 1 guest