Di-Ren used to do a 'Network prover' box with an LED to show the network status. Could this be incorporated onto the main board?

The LED could poke out the back somewhere, or have a connector for a flying lead. Or maybe replace one of the existing power/microdrive LED's with a Bi-colour one, so it can serve two purposes.

Would this LED not need a small monostable circuit (555 timer stlyee) to trigger on a change in the network level, in case the drop in the signal isn't long enough to capture - I know the Aurora circuit just uses a spare logic gate to drive an LED for network activity indication - so maybe this isn't needed - but from memory that LED was never overly bright.

It’s always good practice to use a buffer or driver for a LED rather than driving it directly from a signal / transmission line. You can then drive the LED at a reasonable current without loading down the signal it is monitoring. A further benefit of having active circuitry, is you can include a pulse stretcher (if needed).

QL, Falcon, Atari 520STFM, Atari 1040STE, more PC's than I care to count and an assortment of 8 bit micros (Sinclair and Acorn)(nearly forgot the Psion's)
Top

And it would only be a small mod to make it so if the port was being driven it would light one LED, and if it was driving it would light another, giving a "traffic" and "data" LED functionality. Then it's only a small step to add a microcontroller and 2-digit LED numeric display and show the configured station number.

And before you know it, you have the kind of feature creep that made the Issue 8 so complex - although Nasta managed those requests with gusto.

For the Tx, my requests would be far more humble:

Go to a 4-layer board. Move all 5V and ground to their own layers.
Replace the 16x1 DRAM ICs with 2x8 DRAMs - cheaper, easier to find, and much kinder on power.
Stick a couple of decent electrolytic caps and some larger low ESR caps around the board.

Just those changes on top of what has already been done would make a huge improvement to the QL design.

If you were feeling brave:

Only have 64K of DRAM connected to the 8301 for video scr0 and scr1, and implement the remainder of RAM in full speed SRAM.

Great job on the new board. I love the new power connector (whether it ends up being 5v or 9v). I had to cut my plug open and fix a bad wire and crazy glue it back which kind of worked but those connectors are molded onto the wires. And to finally see a clean looking board is a plus. My US version has a ton of factory mods including a diode web on top the ZX8301, a capacitor on top of the 68008, and what seems to be a quad 2-input nand gate -- M74C004B1 -- hack that is glued on top of my RAM chips in a little daughter board. I'm shocked my system still works without issue. Plus incorporating the diode protection on the RGB socket is great...I'm thinking of adding that to an RGB-SCART cable I'm building (for now until I get the nerve up to mode the motherboard).

For the QL Net connectors I like the idea of keeping them but I also like the idea of adding audio jacks (at least audio out as I'm not sure if microphone in is useful). How about making each connector stereo? Then you can use the existing ones (I also like the idea of not having to modify the case). Do the QLNET connectors share a common ground? If so then send and receive could be on either stereo channel and splitter adapters are easy to come by. So in keeping both connectors, one original QLNET connector would be stereo out sound and the other would support both send and receive (in and out, or left and right, or whatever it is) for QLNET. Oh, and even if there is no add-on sound chip available for now, minimally the internal speaker could be wired to the new plug until better sound gets developed.

As for Microdrive removal, I'd recommend one of two plans: a) keep MDV1 and replace the 2nd with vDrive (and get vDrive firmware updated to start with MDV2 instead of MDV3) or b) there is also a mod for microSD card slot in the back of the QL above the UHF port so in that way you can just leave both Microdrives since most SD cards used are just micro ones in an adapter anyways or c) (ok so three plans) you could do both (a) and (b).

tetroid wrote:I am sorry, I will answer all questions later.
Now I need to order several T2 boards before new year.

I see various opinions and I think the best choice :

Does anybody have the QL NET cable pictures or QL NET jack connector picture ? I think this is 2 pin ( not 3 pin ) connector ? 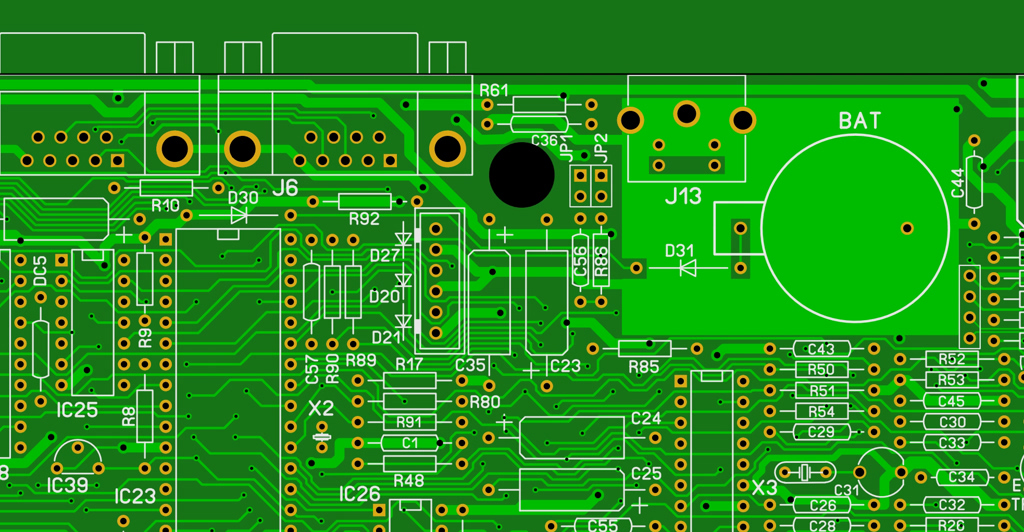 Considering that Tetroid is back, do we have any update on this ? 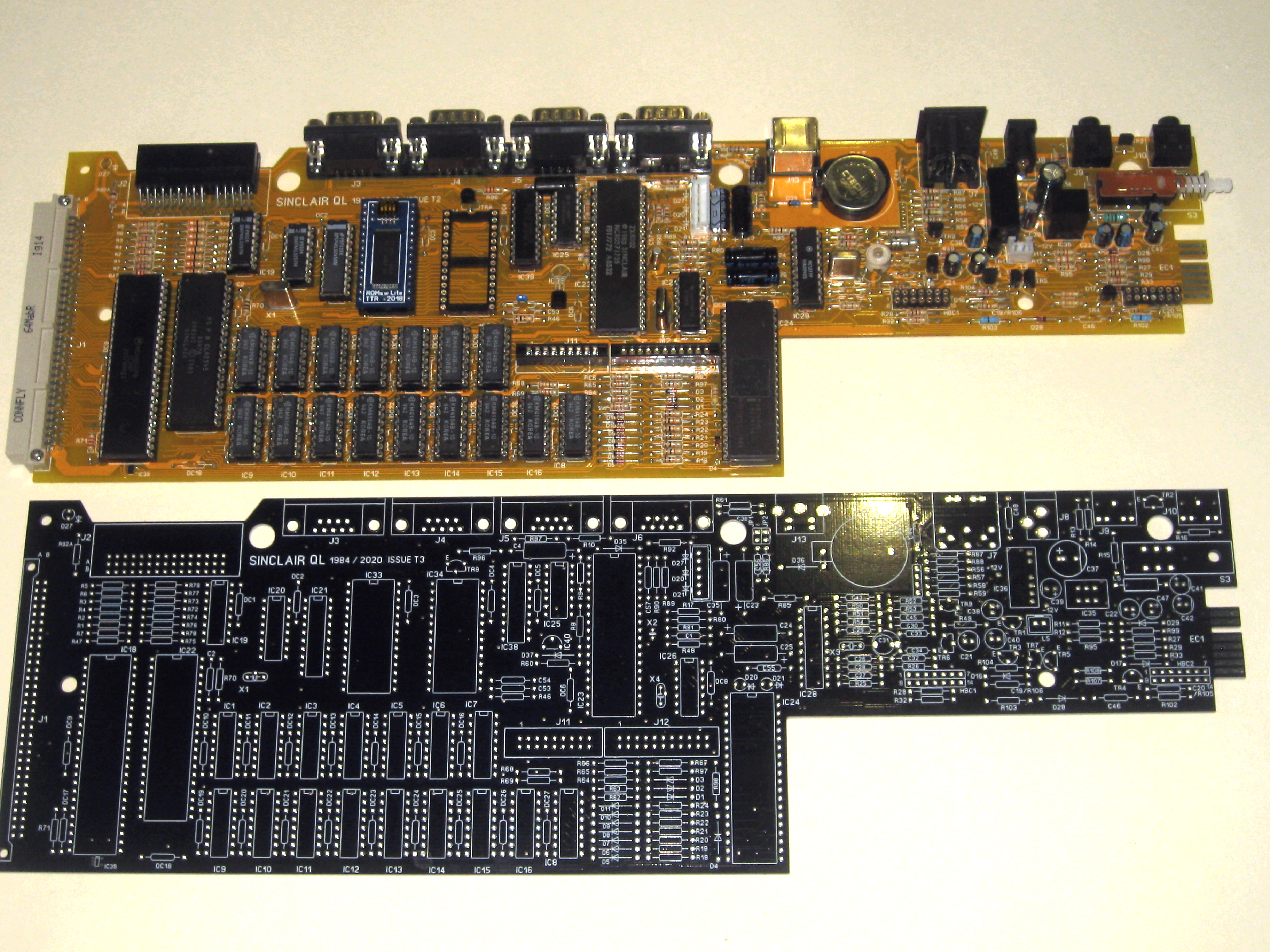 Are there any additional signals around the ROM socket - as I've spotted 3 rows of pads, but only 2 are required for the original ROM socket?

Tetroid, It is wonderful.
New motherboard + new keyboard, will we see the new ql soon?

Pr0f wrote:Are there any additional signals around the ROM socket - as I've spotted 3 rows of pads, but only 2 are required for the original ROM socket?

Two rows have parallel connection, because of different connectors have 2.54 or 5.08 mm between rows.
Modern connectors - 5.08mm, but old QL connector - 2.54.