MacOS is written in a high-level language, most probably C. Porting it from PPC to x86 involved "only" recompiling it on the new platform and "fixing a few quirks". Still, it took a company like Apple about a year.

SMSQ/E is written in 68k assembly completely. Porting to a new platform would mean a new implementation from scratch. Because even the APIs are defined in 68k registers, you'd have to re-design them as well. Not impossible, but a major full-time job.

mk79 wrote:You're right, but even after thinking about it for a few seconds it's still about as realistic as the QL community launching its own Mars probe. Still, it's *technically* feasible! The Mars probe at least.

As a thought exercise: if you omit the not insignificant manpower problem - what is the show-stopper missing feature in ARM cores that makes this less practicable than rocket science?

OS X is two or three orders of magnitude more complex than SMSQ/E, and it has been ported from 68K and PowerPC to x86 to x86-64 to ARM.

Idea is nice by itself. However, while it is true that OS X is much more complex, SMSQ/E is written purely in 68k assembly. OS X is not the best example because most of its code was written in high level language and quite likely it was designed to be portable since the beginning. I would imagine that "porting" SMSQ/E to ARM would probably mean just reimplementing whole new OS with the same "look and feel" (probably the closest example is AROS?) plus adding some kind of emulation layer to run 68k QL apps (most of them don't have source code I believe or they were written in 68k assembly). And I would use high level language for that. Feasibility of such project would depend on the goals of the community, however, currently it sounds impractical and community doesn't have enough power or need (and will) for such project. On the other hand, if such dream would materialize, it would allow implementing new modern things easier and go in new directions. But I guess QL emulators serves most of such purposes currently. I see QL more like retro computing in the end (just my opinion), not even something like part of Amiga where they still try to produce relatively modern hardware and software. You can't compete with big whales in the industry nor you need to

Let's not get hung up on just how difficult an ARM port would be - it's off topic and hijacking the intent of the thread.

Which seems to be what we'd like to see as future development paths for new hardware from Peter. He's not interested in it, so as far as he's concerned it dies right there.

Dave wrote:Let's not get hung up on just how difficult an ARM port would be - it's off topic and hijacking the intent of the thread.

I believe you started this about the porting SMSQ/E or SBASIC to ARM. Which I like ARM hardware, but the porting to the Operating System, would be hard and a little "RISCy"

Dave wrote:Which seems to be what we'd like to see as future development paths for new hardware from Peter. He's not interested in it, so as far as he's concerned it dies right there.

If you keep on being sarcastic, then it might die.

mk79 wrote:You're right, but even after thinking about it for a few seconds it's still about as realistic as the QL community launching its own Mars probe. Still, it's *technically* feasible! The Mars probe at least.

Well, that's one half of the equation done at least.

dilwyn wrote:Well, that's one half of the equation done at least.

Cool, now you just have to port SMSQ/E to this: 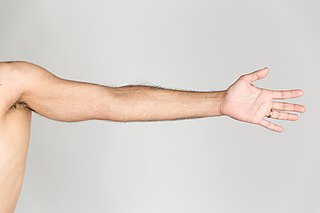 Dave wrote:Well, thank you for putting so much thought into it before sh!tt!ng all over it. I wonder how far Sinclair would have gone if every time he had an idea, the first thing he heard was "that's unrealistic"...

Porting SMSQ/E to ARM would be somehow similar to Clive Sinclair porting the Spectrum ROM to the QL. Clive Sinclair was realistic enough not to do a cross-architecture port of a lowlevel assembler system even after two years. Let alone after decades. It needed to be a new concept.

Note: I did not say that a new OS for ARM with some of Tony Tebbies concepts couldn't make sense. But it would have to be something completely new, which has a large market today, indeed outside the scope of this topic.

Dave wrote:Let's not get hung up on just how difficult an ARM port would be - it's off topic and hijacking the intent of the thread.
Which seems to be what we'd like to see as future development paths for new hardware from Peter.

Not quite. The topic is how people see 68060 QL systems today, in the light of the fact that emulation on PCs is faster.

That I was the only developer who finished major QL hardware in the last two decades makes it look personal. But it is a general topic, also for others with interest in hardware.

Few things are more unrealistic than porting SMSQ/E to the ARM architecture. So I never even start thinking of it.

(although they do have advantage of bigger usebase)

I don't think it has anything to do with "positive", but
- Amiga PowerPC port was done two decades ago with large user base, not today
- Amiga DOS was written in C
- Recent Amiga ARM news turned out a cutdown Linux running UAE4Arm emulator

Dave wrote:<>
I have agitated for porting to ARM for many years. It wouldn't be trivial, but it would be amazing.

It's just that we would have to leave so much behind.
<>
I, however, maintain that SBASIC on ARM would be lighting fast, and if you detected 68k assembly, just hand it to an emulator and it would still be much faster than a real 68060.

What people to be missing is that 68k is the native tongue of Qdos/SMSQ. Porting it to C
would be conceptually equivalent to the opposite: Convert the Linux kernel to 68k, with all software
to be re-compiled or re-written in 68k, or run under an emulator. 68k "compilers" would then need
to produce the native binaries for the various CPUs and platforms.
While it is perfectly feasible to create an S*BASIC compatible BASIC for any platform, any toolkits
would need to be re-created from scratch. In many cases this would require a deep knowledge of
the innards of the various platforms it was running on.. Yet even then it would still not be S*BASIC
as we know it, because S*BASIC is so intimately tied to Qdos/SMSQ in various ways, conceptually
and practically.
No, IMHO, Qdos/SMSQ will forever only run on original mc68-type hardware, (micro)code
compatible FPGAs, or under emulation on a more powerful CPU.